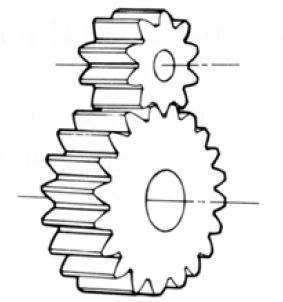 This is a cylindrical shaped gear, in which the teeth are parallel to the axis. It is the most commonly used gear with a wide range of applications and is the easiest to manufacture. 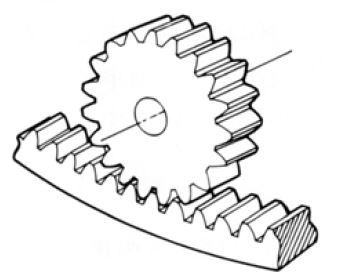 This is a cylindrical shaped gear, but with the teeth inside the circular ring. It can mesh with a spur gear. Internal gears are often used in planetary gear systems. 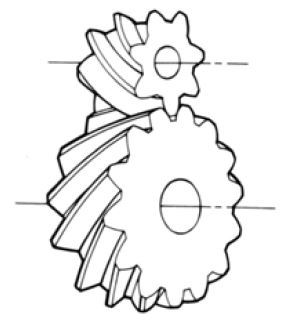 This is a cylindrical shaped gear with helicoid teeth. Helical gears can bear more load than spur gears, and work more quietly. They are widely used in industry. A disadvantage is the axial thrust force caused by the helix form. 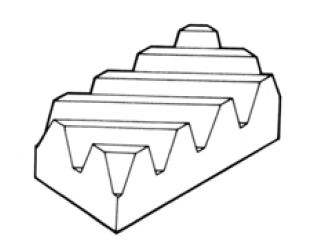 This is a linear shaped gear that meshes with a helical gear. A Helical Rack can be regarded as a portion of a helical gear with infinite radius. 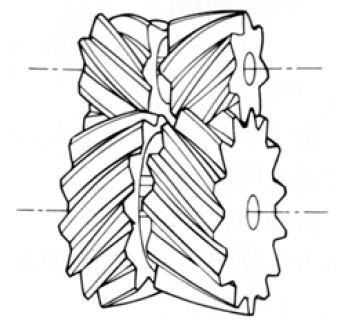 A gear with both left-hand and right-hand helical teeth. The double helical form balances the inherent thrust forces. 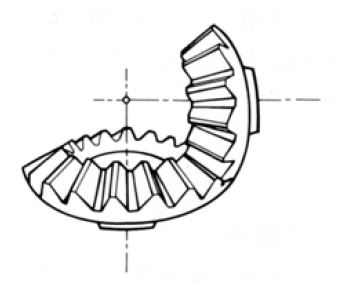 This is a gear in which the teeth have tapered conical elements that have the same direction as the pitch cone base line (generatrix). The straight bevel gear is both the simplest to produce and the most widely applied in the bevel gear family. 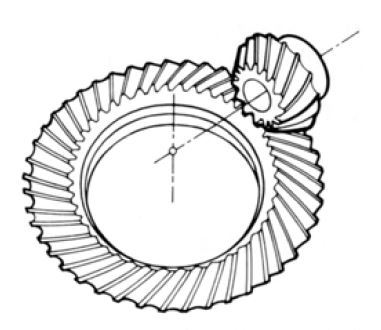 This is a bevel gear with a helical angle of spiral teeth. It is much more complex to manufacture, but offers higher strength and less noise. 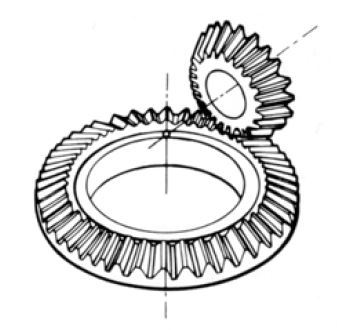 This is a special type of spiral bevel gear, where the spiral angle is zero degree. It has the characteristics of both the straight and spiral bevel gears. The forces acting upon the tooth are the same as for a straight bevel gear. 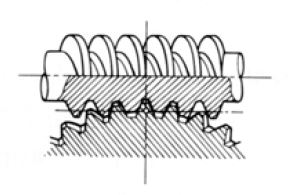 Worm gear pair is the name for a meshed worm and worm wheel. An outstanding feature is that it offers a very large gear ratio in a single mesh. It also provides quiet and smooth action. However, transmission efficiency is poor. 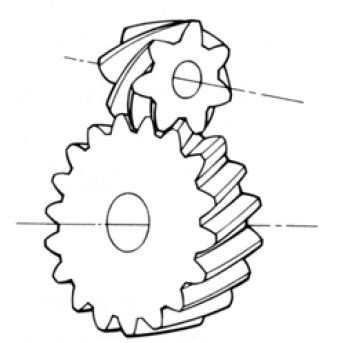 A pair of cylindrical gears used to drive non-parallel and nonintersecting shafts where the teeth of one or both members of the pair are of screw form. Screw gears are used in the combination of screw gear / screw gear, or screw gear / spur gear. Screw gears assure smooth, quiet operation. However, they are not suitable for transmission of high horsepower. 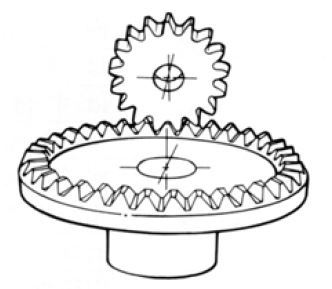 A pseudo bevel gear that is limited to 90° intersecting axes. The face gear is a circular disc with a ring of teeth cut in its side face; hence the name Face Gear. 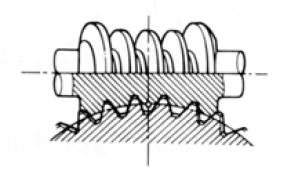 This worm set uses a special worm shape that partially envelops the worm gear as viewed in the direction of the worm gear axis. Its big advantage over the standard worm is much higher load capacity. However, the worm gear is very complicated to design and produce. 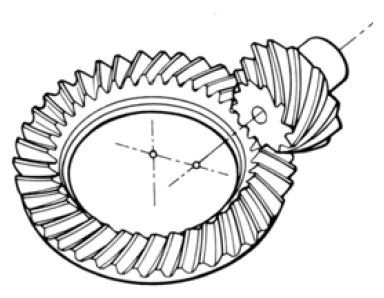 This gear is a slight deviation from a bevel gear that originated as a special development for the automobile industry. This permitted the drive to the rear axle to be nonintersecting, and thus allowed the auto body to be lowered. It looks very much like the spiral bevel gear. However, it is complicated to design and is the most difficult to produce on a bevel gear generator.